After 16 days the world’s biggest folk festival ends and we summarize the most important facts. According to approximate estimates of the festival management, 6.3 million guests attended the 186th Oktoberfest, about the same number as in the previous year 2018. 550,000 of them were visitors to the Oidn Wiesn. This is an ideal opportunity to experience Bavarian culture and a bit of nostalgia. There are daily customs demonstrations of different traditional costume associations offered.

The visitors have eaten and drunk extensively

Bavarian specialities are always high on the list of Oktoberfest visitors. A total of 153 oxen and calves were eaten in the Ochsenbraterei and the Kalbsbraterei. However, there are also many possibilities to eat vegetarian and vegan, which according to the landlords was also increasingly used. Even gluten and lactose-free dishes were on offer.
Drinking was also extensive. All Oktoberfest visitors drank a total of 7.3 million litres of beer and there was also an increased demand for the new “Sour Radler” drink, which includes mineral water instead of lemonade. The beer mugs themselves were just as popular and a total of 96,912 beer mugs had to be taken from the guests who wanted to take them home.

With so many guests is also sometimes a curious find thereby

The largest folk festival in the world naturally attracts guests from many countries. Over the 16 days more than 6 million people from 56 different nations came to the Oktoberfest in Munich. Most of the visitors came from Germany, the USA, Great Britain, France, Austria, the Netherlands, Switzerland, Italy, Australia and Sweden.
Lost and delivered to the Wiesn-Fundbüro this huge amount of people has exactly 3778 objects. In addition to the classics such as smartphones, ID cards and clothes, a shower head, a bit, a wedding ring and a kitchen sieve were also handed in.

In the “Wiesn with heart” („Wiesn mit Herz“) campaign, 17 large and small tents invited socially disadvantaged Munich residents to lunch at the Oktoberfest. Other social aspects also played an important role. For example, the applicants for the stands in front of the tents were selected on the basis of social aspects as well as ranking in the evaluation system. In addition, the city does not collect the place money from charitable institutions and the Association of Wiesn Innkeepers, like every year, hands over a donation to the Mayor of Munich, which is used for social purposes. 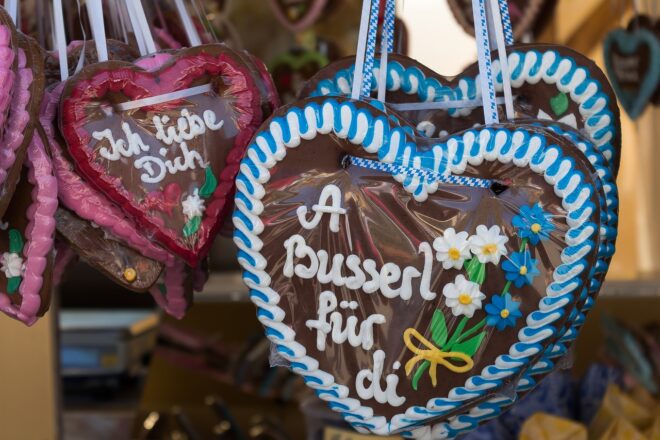 Everyone ist satisfied after the Wiesn

The festival management, showmen, market traders and innkeepers were completely satisfied with the course of Wiesn 2019. After the Wiesn is before the Wiesn and rather early a table reservation than short before stress due to missing places in the favourite tent to be exposed.