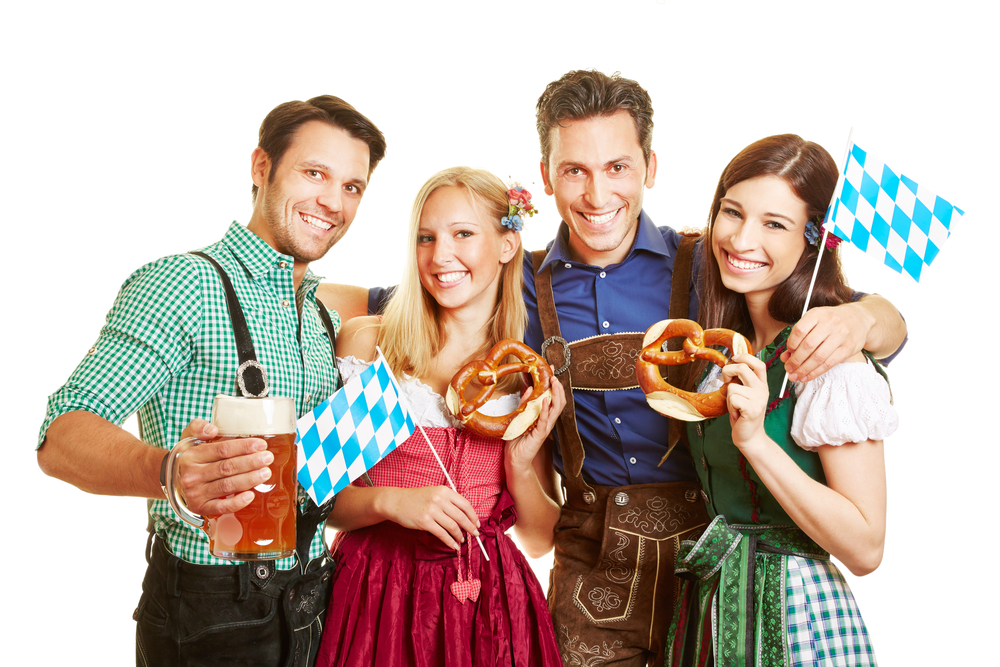 The largest Oktoberfest after Munich is the Kitchener-Waterloo Oktoberfest in Canada. Every year about 800,000 visitors come closest to the Munich Wiesn feeling. Shortly before the Canadian Thanksgiving in early October, the German prosit ‘Gemütlichkeit’ is celebrated for nine days in the Bavarian manner. The Thanksgiving Parade, in which many participants are dressed in traditional costumes, is televised throughout Canada and parts of America. The Kitchener-Waterloo Oktoberfest is opened according to Munich tradition with the tapping of a beer keg. As at the Munich Oktoberfest, another part of the festival is the Canadian Miss Oktoberfest.

The Oktoberfest in the USA is one of the largest ‘Wiesn Gaudis’ outside of Germany. Numerous Bavarian-style events are organised here in almost every state from September to October. Here the Oktoberfest Zinzinnati in the state of Ohio is one of the best known and most popular. Since 1976 it has attracted 500,000 visitors from the States every year. The Oktoberfest Zinzinnati traditionally starts with the ”Running of the Wieners” a Dachshund race, where dogs in hot-dog costumes compete against each other. In addition, the festival is entitled with the record number of participants of the “Chicken Dance” in 1994 and registers a large annual consumption of pretzels, sauerkraut, potato salad and fried sausages. In addition to Bavarian beers such as Paulaner and Weihenstephan, regional beers are mainly offered.

In the port city of Qingdoa on the east coast of China, people dance for three weeks every year in August on the beer tables and celebrate their own Oktoberfest. In the former German colony, however, one is desperately looking for some Munich Wiesn traditions: Wheraas at the Oktoberfest in Canada and the USA, German Wiesn hits are still played, only Asian songs are sung along to karaoke from the loudspeakers. Extensive opening events had to be dropped in recent years because the Chinese government ordered strict cost-cutting measures for the largest Asian beer festival. Nevertheless, several million people from all over Asia are drawn to Qingdoa every year to consume large quantities of beer from all over the world in traditional costumes or other costumes. Bavarian-style dishes such as ‘Leberkäs’ with basmati rice or radish with seaweed are served with it.

Northern Germany and Wiesn, does that fit together? Since 1964, the Saxon version of her big Munich brother has been taking place at the Schützenplatz in Hannover. Almost at the same time as the Bavarian Oktoberfest, around 1 million visitors can celebrate here in accordance with Bavarian folk festival traditions – with rides, tents, fireworks, candy stalls and the traditional Wiesn beer tapping! 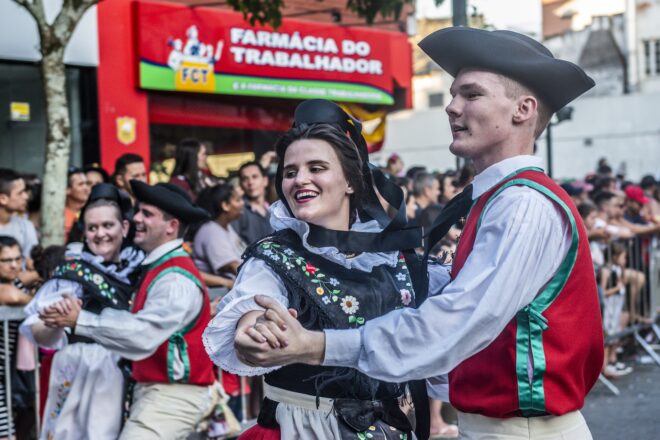 Also on the southern part of the American continent the Oktoberfest is celebrated in Brazil similar to the carnival culture. In the former colony of Germany, the city of Blumenau commemorates its German roots for 16 days. Around 9 million people of German origin live in southern Brazil, who revive the Bavarian Oktoberfest tradition in Blumenau with flown in German brass bands, original beer mugs, ‘Weißwurst’, ‘Sauerkraut’, ‘Schweinshaxe’ and beer according to the German purity law. The festival was first established in 1984 to raise funds for reconstruction activities because of the devastating floods of the Rio Itajai in the previous year. After the carnival in Rio de Janeiro, the Oktoberfest Blumenau has since been repeated annually as Brazil’s second largest folk festival and has become more popular as a tourist destination.

Wind music, beer, ‘Weißwurst’ and ‘Leberkäs’ in Africa? Also on the African continent, the Bavarian folk festival tradition is celebrated for three days in the former German colony Namibia in the capital Windhoek. Slightly smaller and warmer, but just as cosy as the original Munich Oktoberfest. People sway and celebrate to the Oktoberfest chapel “Die Kirchdorfer”, which provides musical entertainment in the Hacker festival tent at Munich’s Wiesn, among other places. In addition to the traditional barrel painting and beer mugging, one of the approximately 5,000 visitors has the chance to win a trip to the Munich Oktoberfest the next year.

True to the German Purity Law, original Bavarian beer and Wiesn delicacies are also served on two weekends in October in Brisbane, Australia. But that’s not all. From there in Jundah, about 16 hours by car away, the probably smallest Oktoberfest is celebrated. In the middle of the outback of Australia, each of the 68 inhabitants is involved in the event on the first weekend of October. The money will be donated to the charity Angel Flight, which provides free air transportation for patients in the Australian outback for rapid medical assistance.

Dancing on the tables in Moscow

A very different kind of Oktoberfest can be found in the Russian capital Moscow, where the national drink vodka is exchanged for beer during the Munich Oktoberfest. Since Moscow lacks a location like the Theresienwiese, numerous bars and restaurants in Bavarian style shine instead. The Paulaner Brewery, which is the initiator of this event, supplies them with their liquid gold and Wiesn delicacies.

The meadow next door

Despite the comparatively short distance to Munich, the Swiss neighbours are also keen to hold their own Oktoberfest. In the capital of Switzerland, the “Züri Wiesn” attracts incredible 40,000 visitors in the four weeks of the event. The festival takes place on the artificially created island in the drain of Lake Zurich – on the so-called ‘Bauchschänzli’. That the prices for beer, pretzels and so on are even higher there than in Munich is no surprise.

At the Munich Oktoberfest everyone celebrates together – experience the Munich original and book a table reservation for the Oktoberfest in our shop!