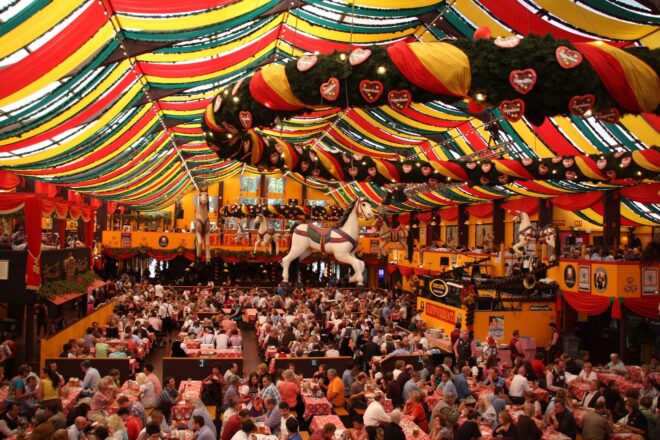 But, did you ever wonder how many:
…items were brought to the lost & found-office?
…seats do all tents offer?
…seating toilets can be found and how many running meters of urinals are available?

In this article, you will find answers to all of those questions and many more!

The Oktoberfest 2019 in Munich:

Did you know that…

… a total of around 4,000 items was found in 2019?
Mostly keys, clothes and cell phones were found. However, some bizarre items, such as carry cases for cats, dentures, a leather whip, a tuba, 2 crutches and a drum set were found as well.

... there is an Oktoberfest App?
The technical progress does not stop, and the Oktoberfest keeps up to date! To orient yourself as a “non-native”, there is an app with a “Bavarian – German” dictionary, an interactive map of the festival area and the latest Oktoberfest hits.

… in 2012, the operator of the Hacker tent installed a beer pipeline?
Therefore, the visitors of this tent receive their beer even faster! This system is attached to a 1000 hectolitre central tank.

… Oktoberfest waitresses carry up to 18 beer mugs weighing around 41.4 kilograms? 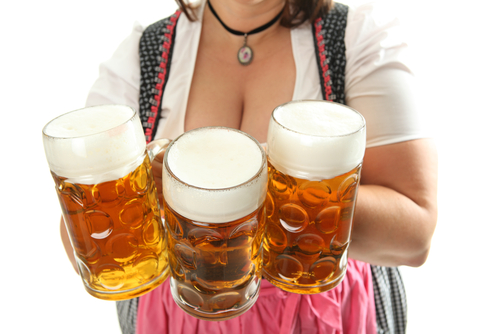 … the Deutsche Post set up its own branch at the main entrance at the Theresienwiese?Thus, the Oktoberfest visitors can send greetings to “those staying home”.

… there is also an Oktoberfest on the Zugspitze?
In September 2021 the 12th Zugspitze Oktoberfest takes place on Germany’s highest mountain. Unlike the Munich Oktoberfest, this festival offers a free panoramic view besides a joyful Oktoberfest-like mood and tasty Bavarian and Tyrolean specialties.

… Albert Einstein helped to install the lighting in the Schottenhammel tent in 1896?

• … the Oktoberfest has already been cancelled 26 times?

… waste baskets were abolished after the Oktoberfest bombing in 1980?

… the project “Safe Wiesn for girls and women” exists?
A must-have for girls and young women: It is a free app called “WiesnProtect” with cool features such as your current location, your hotel and the security point shown on the map, as well as a separate emergency call feature, the most important phone numbers and many additional features.

… the term “Wiesn” has only recently been included in the Duden? 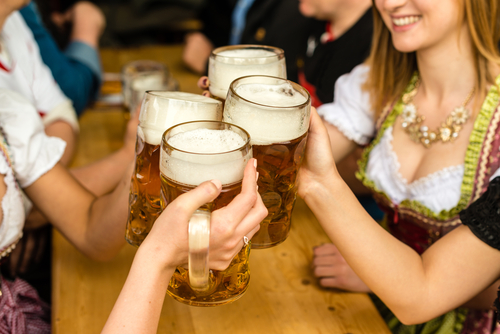 … there is a “Gay Sunday” in the Bräurosl tent?
Thousands of homosexual men (and an increasing number of women) from all over the world are celebrating at the “Gay Sunday” at the Bräurosl, a community that is unlikely to be experienced anywhere else.

… at the Oktoberfest flea circus around 80 fleas “work” in five shifts?

Around six million visitors from all over the world visit the Munich Oktoberfest every year. Great mood, interesting people, groovy folk music and of course the best Oktoberfest beer characterize the largest folk festival in the world and are truly a magnet. Book your favorite table for the Oktoberfest now!