Beer is very popular and consumed all over the world. Especially in Germany, it has a very long tradition. Many regulations have significantly contributed to its quality and taste. This also includes the Purity Law of 1516, according to which only the ingredients water, yeast, hops and malt may be used. After all, it has become one of the favorite drinks of Germans. To date the purity law has gained worldwide recognition – the annual visitor crowds at the largest fair in the world, the Oktoberfest in Munich, speaks for itself. 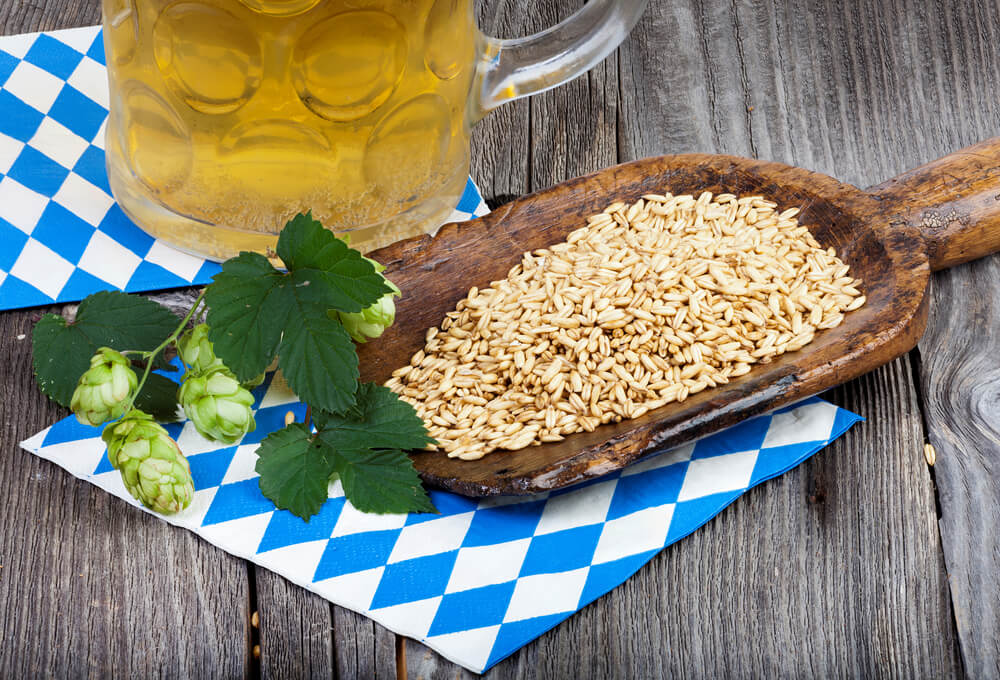 The original beer is already several thousands of years old. Its story is very closely related to the history of the bread. Both originate when people started to cultivate crops. Because fermentation processes were rather random in ancient times, it is assumed that the bread or the dough mixed with water served as a basis for beer production. The saying “beer is liquid bread” did form accidentally. Because of its taste and the invigorating effect, it found its deserved dissemination and began its triumphant advance through history (and states). The oldest known recipes come from China and the ancient Mesopotamian region in the Orient. Even Babylonian legal texts from the 18th century BC (Codex Hammurapi) include, regulations on beer sales and penalties for quality infringements. Even then Babylonia had 20 different types of beer known. In addition to Babylonians were also Egyptians, Greeks, Romans and Celts and Teutons beer drinkers with their own beers.

In Central Europe, monasteries started brewing in the 18th century. The monks examined the brewing process, experimented with ingredients, and searched for the perfect recipe. For example, “grut” (an herbal mixture) was replaced by hops. This not only causes the bitter taste, but also increases shelf life. As the recipe was far from being uniform, there were many ways of brewing beer. 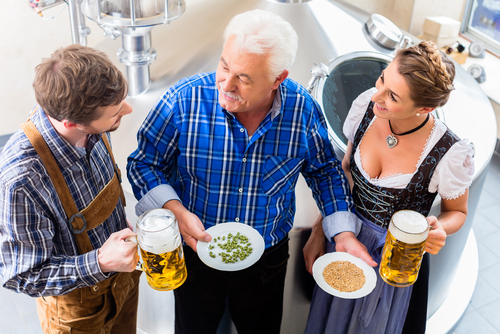 Gradually, the recipes and penalties for violations were regulated. Thus, the ordinance of the city of Augsburg from 1156 contained penalties for “Bierschenker” who did not adhere to the quality specifications. In Weissensee in Thuringia there was a forerunner of the purity law already in 1434. The ordinance “Statuta thaberna” stipulated that only water, hops and malt were used in beer production. In 1493 the Duke of Bavaria-Landshut took over this provision for his dominion. After the unification of the part duchies in Bavaria on 23 April 1516 the new national order was issued by the dukes Wilhelm IV. and Ludwig X. According to this order, only barley, hops and water were included in the beer brewing process. Thus, the purity requirement was effective throughout Bavaria. The fact that yeast is not explicitly mentioned in all these regulations may be because the exact correlations were not so clear at that time.

The term “beer” can be divided into top-fermented and bottom-fermented. The types of yeast used in the production behave differently: the top-fermented yeast floats on top, the bottom-fermented, however, sinks to the bottom of the beer. Those differences were eponymous for their respective names. However, this is not the essential difference in the brewing process. Brewing with bottom-fermented yeast is slower. In addition, a cooling is necessary because this type of yeast requires an ambient temperature of 4-9 ° C; but the likelihood of any contamination is lower. Examples of bottom-fermented beers are export, stocks and pils. For top-fermented yeast, on the other hand, a higher temperature is needed and the susceptibility to contamination is higher, which could well have happened in the past, but is unlikely in today’s professionalism of beer brewers. Top-fermented beers include “Altbier” (dark beer), “Weißbier” (wheat beer), “Kölsch” beer and Ale.

Of course, different types of beers differ not only in the brewing process, but also in the taste and that’s what we consumers are all about. At the Wiesn, as the festival in Bavaria is also called, there is the best beer, of course, brewed according to the purity law. In addition, the beer at the Oktoberfest must have a wort content of at least 13.5% and you can taste it. The festival has been held annually since 1810 on the Theresienwiese in Munich. It takes place in the period between the 15th of September and the first Sunday of October. Visitors can be celebrating the Oktoberfest in Munich 16-18 days long. The festival beer may only be produced by six Munich breweries.

The Tents and Beers 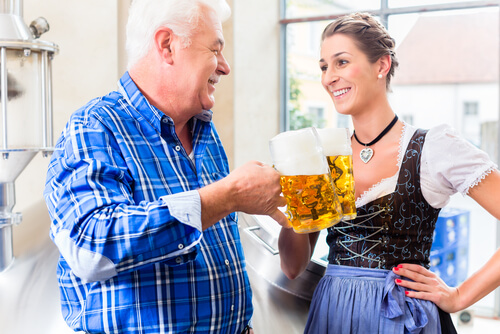 To provide you an overview of the beer and the tents, the following breweries are presented in alphabetical order:

Around six million visitors from all over the world visit the Munich Oktoberfest every year. Great mood, interesting people, groovy folk music and of course the best Oktoberfest beer characterize the largest folk festival in the world and are truly a magnet. Book your favorite table at the Oktoberfest now!