Not only for children but also for adults, the Oktoberfest offers fun or the ultimate adrenalin kick. From the classic chain carousel to the Ferris wheel and the roller coaster, there is something for everyone. 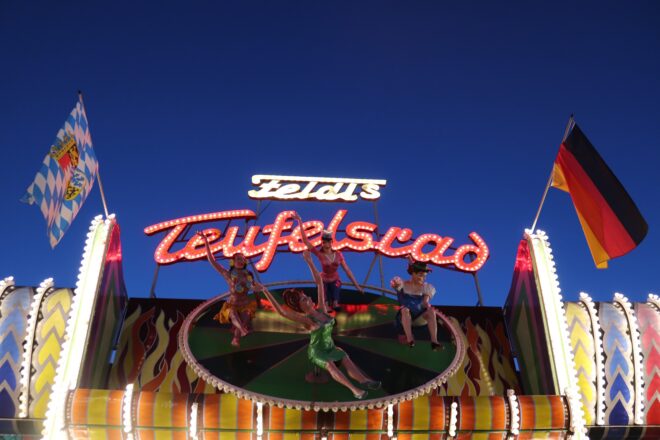 The Devil’s Wheel has been there since 1910 and Karl Valentin and Liesl Karlstadt have already been on it. It is a simple turntable, which stands and spins in a wooden arena. The visitors of the arena are either spectators or want to join in. The presenter gives a signal, for example that all children between 9 and 14 years or all women from 18 years on in a dirndl

should get on the turntable.

The chain carousel or the wave flight 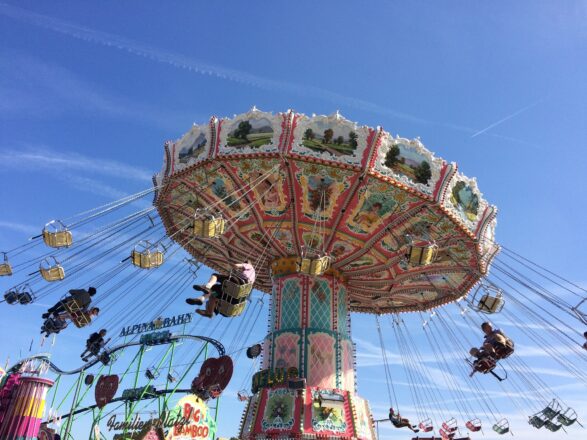 The evergreen for years: While you can enjoy the view from above, the carousel draws its undulating circles, reminiscent of an up and down ride.

Top tip: Try the wave flight at night and marvel over the colourful lights!

The Ferris wheel as symbol of the Oktoberfest 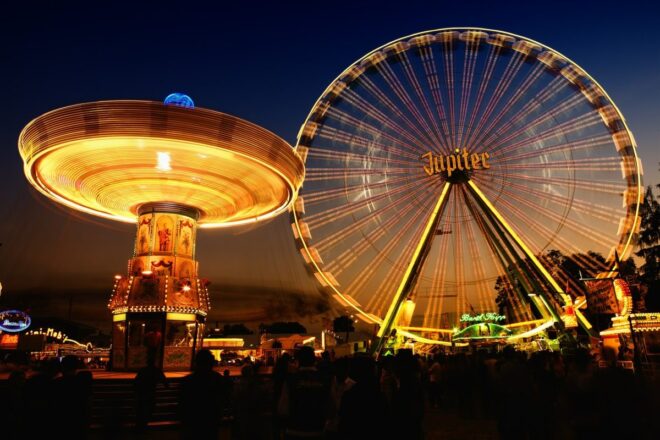 With 40 gondolas and a height of 50 metres, the Ferris wheel is one of the biggest attractions at the Wiesn. Each of the gondolas offers space for about 10 people and thus about 400 visitors can ride the Ferris Wheel at the same time. The view extends over the whole Theresienwiese from the Bavaria to the Paulskirche, behind it you can see the Munich Frauenkirche and in good weather even the Alps.

The Giant Ferris Wheel has been on the Wiesn since 1979. Its predecessor, “the Russian wheel”, was already widespread in Russia and Turkey in the 18th century. Afterwards, the first transportable ” Russian Wheels” were introduced. The present form was first built in 1893 for the World Exhibition in Chicago and was about 76 meters high. 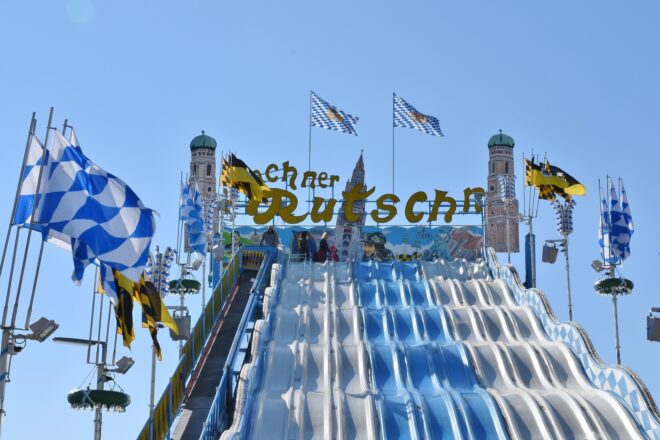 The white-blue 23 metre high and 55 metre long slide offers fun for young and old! In order not to get out of breath, there is a conveyor belt instead of stairs to the top.

The swing ride for the brave 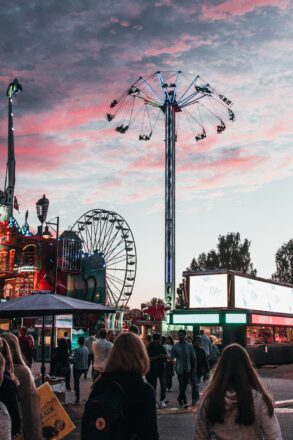 This attraction, the Bayern Tower, can be seen from far away. Its appearance resembles a huge maypole, which offers passengers a great view over the entire Oktoberfest. First, the passengers are brought to the top of the tower (90 meters high) at a speed of up to two meters per second. Then a sightseeing flight takes place, which can reach speeds of up to 65 km/h – so only for those who are free from giddiness!

The five-loop for adrenaline addicts 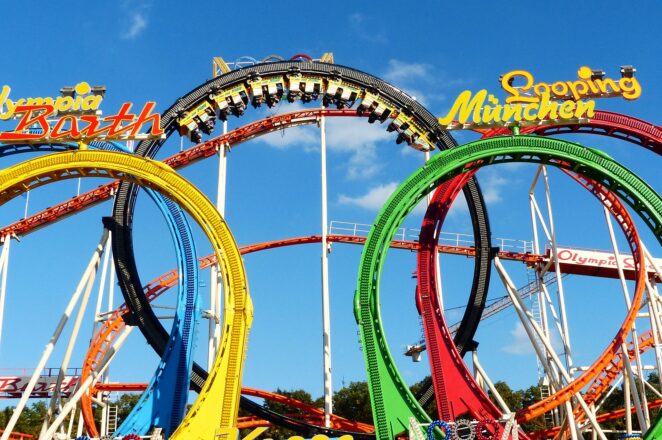 The Olympic loop offers five turns and is the largest transportable roller coaster in the world. During the ride it can reach up to 100 km/h and the impact on passengers is about 5.2 g. The g in this context means g-forces and is equal to one’s own body weight. This means that a person weighing 80 kg has an effect of 416 kg on the body.

Whether high up in the sky or fast in a circle – or simply enjoying the beautiful view, the Oktoberfest is a great place for young and old. If you also need a reservation for 2020, our online shop offers a large selection of tables at different times of day.