The Oktoberfest is not only regarded as an annual event for many private people; business people also like to gather at the largest folk festival in the world – whether as a business meeting with customers or as a company outing among colleagues. 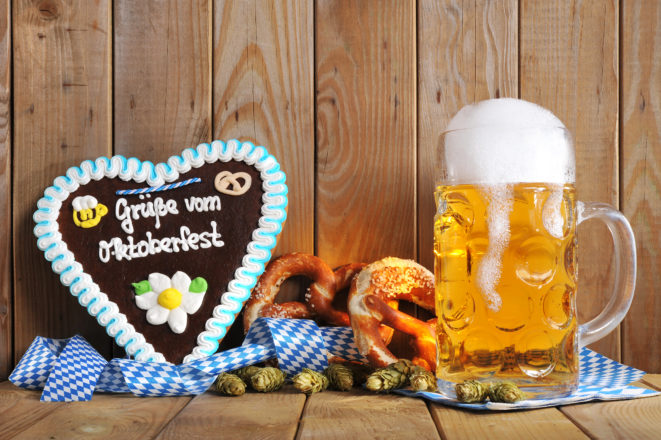 Another possibility to use the Wiesn as a business advantage is to offer special products. For example, a small company can give its customers or business partners gingerbread hearts as a small gift, the baker next door suddenly sells “exclusive Oktoberfest Brezn” or the butcher has “Wiesn-Würstl” in his assortment for the Oktoberfest season. The kiosk offers white-blue chequered napkins and the beverage market Oktoberfest beer. Some discounters now also offer leather trousers, dirndls and blouses as well as matching accessories for customers who love traditional costumes.  Other supermarkets, on the other hand, focus more on Oktoberfest food. Many brands reveal their favourite Wiesn recipes in their blogs, and fashion bloggers and influencers reveal the new traditional costume trends for the Wiesn.

When one thinks of the Oktoberfest, many first think of the numerous visitors who dress up in Bavarian costume. Some companies make use of the traditional outfits on time for the Oktoberfest and try to score points with the consumers. Here there are some prominent representatives:

Lufthansa has been drawing attention to itself for some years now by dressing the flight attendants in traditional costumes in time for the Oktoberfest. For a few days, instead of the airline’s familiar uniform, passengers are served by the service staff in dirndls and lederhosen specially made for them. In addition, in 2018, for the first time since the 1960s, passengers in business class had freshly tapped beer on tap in the plane. 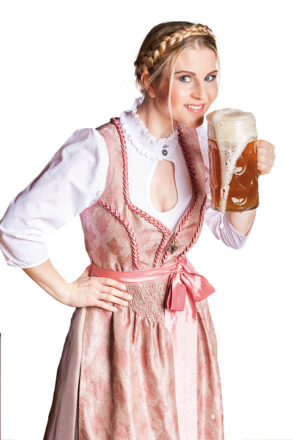 In addition to traditional costumes, special braided hairstyles are a tradition on the Wiesn. Pantene Pro-V promoted its products by taking up this theme. There was a video tutorial with step-by-step instructions for the perfect Oktoberfest hairstyle. In addition, the cosmetics manufacturer operates a “braiding room” for the Oktoberfest. Here, visitors to the Oktoberfest can have their favourite braid made by hair stylists.

The sports goods manufacturer Adidas launched “Wiesn-Sneakers” just in time for Wiesn 2017, which are particularly resistant to water and other liquids and are intended to serve as a modern alternative to classic traditional shoes.

Of course, special accessories are also available to complete the Wiesnoutfit. Many clothing stores use the Oktoberfest to offer matching accessories in Wiesn style. From bracelets with pretzels, beer mugs or deer to flowery hairbands, there are numerous possibilities to be able to present yourself with a fashionable piece of jewellery in traditional costume.

Companies from the business and service sectors have also seen a business benefit in the Oktoberfest circus. For example, an insurance company has included a quite unusual offer for its customers in its repertoire: An “Oktoberfest insurance policy” with a term of only a few days is intended to insure the Oktoberfest visitor against accidents.

The Oktoberfest as an effective marketing measure

In addition to the right outfit for the festival, there are other ways to present your brand at the Oktoberfest and profit from it with creative marketing.

Ferrero wants to attract the attention of the Germans with a competition. This is about a virtual wheel of fortune that you can use to turn and win prizes.

Some actions can go also to the rear loosely

Despite the many opportunities for companies to draw positive attention to themselves with the Oktoberfest, there are also a few faux pas.

Aldi, for example, has tried to win over the hearts of Germans and especially of Bavarians with Bavarian dialect. With the slogan “Gemma zum Oidi” the discounter did not necessarily meet with enthusiasm. Many Bavarians found the compulsive dialectical appearance of the discounter too much and found it rather ridiculous.

Whether positive or negative consequences of the marketing with reference to the Oktoberfest – it is clear that many companies from the trouble around the largest folk festival in the world want to win attention for themselves. 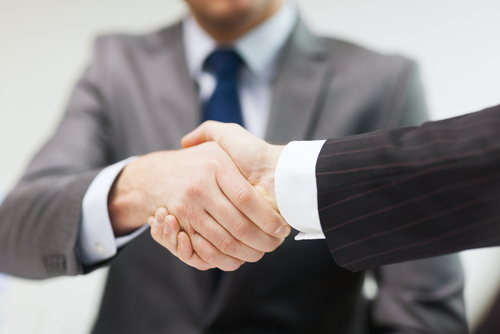 Apart from the numerous “small Oktoberfests” or competitive events, there is no other event more suitable for companies as the implementation of a marketing gag than the original Munich Oktoberfest. But in order to be able to keep this authentically, it is important to be able to prove a certain presence on site. Have a nice day with colleagues and/or business partners and reserve a table here in advance to enjoy a stress-free Wiesn without a long table search.